"I hate snow" vs Thanksgiving for snow! 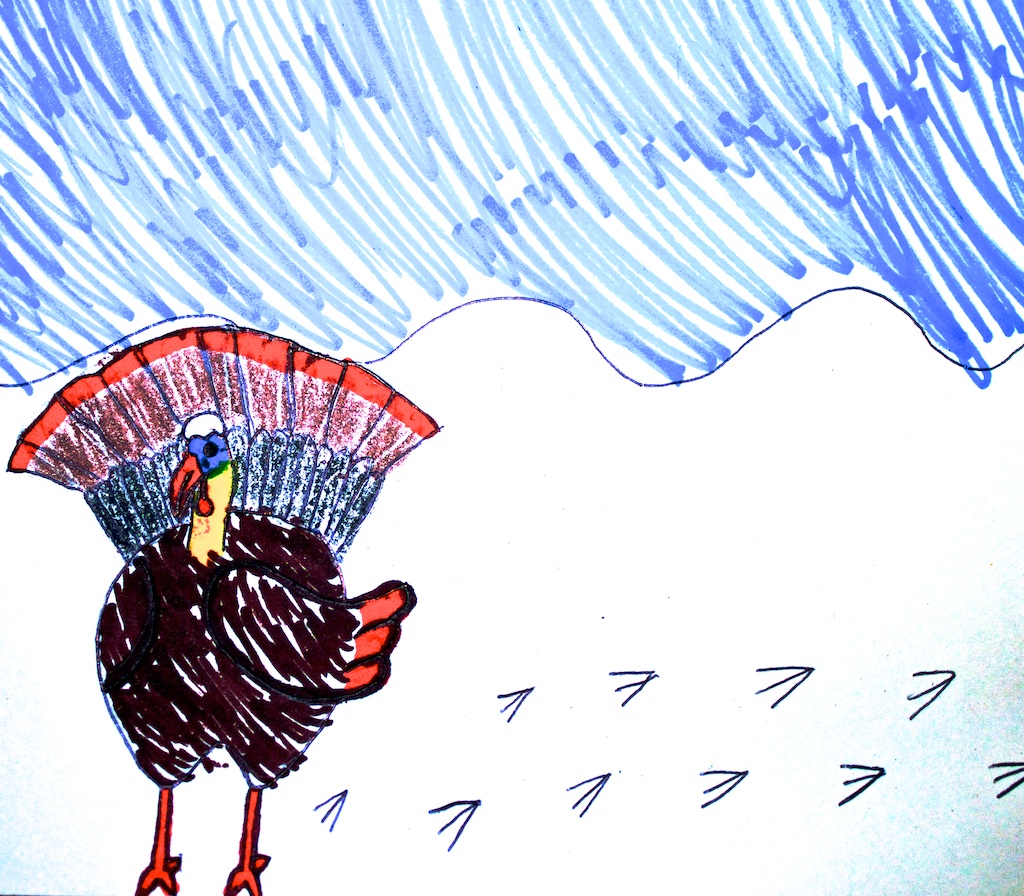 The other day I checked the weather forecast, and it was all bad news!

“Winter Storm Boreas brought heavy snow to parts of the southern Rockies and Four Corners, and is poised to spread its wintry mess of snow, sleet and freezing rain into parts of the South and East through Wednesday. The storm already has affected much of the Western U.S., causing hundreds of rollover accidents and prompting officials to cancel events and close roads. So far, Boreas has caused at least nine deaths storm-related deaths from California to Texas.”

Snow is evil! Snow is wrong! And it’s on its way!

At least that’s the perspective that the weather people had about a winter storm that was sweeping across the country.

It’s a sad reflection of the creeping cynical aesthetic of our society that something which produces childhood wonder and joy also produces adult angst and frustration.

On this Thanksgiving day (which should be every day) – I want to chime in with my own little message of thanks… for the snow (and for everything else!)

But it’s inconvenient – and it kills people!

It’s so funny how far we’ve come – such that when a winter storm hits, we feel compelled to continue whatever it was we were already doing.. the shopping, the visits, the work. And then we get into car accidents and blame the storm when “deaths happen.”

Um, no. If someone chooses to go drive in a winter storm, it’s totally their fault if they get into trouble doing that.

Have we gotten a bit too hooked on “convenience” such that we can’t actually manage to slow down once in a while because of the rhythms of the natural world around us? Listening to the hysterics of the weather people, you’d think so.

Stuck in a snow bank in Nebraska!

Once, when I was a foolish young senior in high school, myself and two friends did a cross country road trip in March. After driving from Utah to Philadelphia, only to get dumped by someone I was dating at the time, we drove up the East Coast from Philadelphia to Boston. After partying with some Harvard folks, we headed back west to Utah.

On our way, Nebraska decided it was time for a big winter storm.  They decided that I-80 was in need of a closure.

But at the time, they hadn’t yet stupidity-proofed their road closures with a gate. All they had was a big neon sign announcing the closure and telling us to “Exit Here.”

Did we listen to the sign? Of course not. We’re from the mountains! We know how to drive in the snow! And we have a rear wheel drive Chevy Chevette with snow tires! And did I mention that we’re 18 years old?

Some parts of the road are clear.

Other parts are covered in snow drifts anywhere from 6″ to 24″ deep.

I am driving. I use the clear spots to get speed, so we can blast through the deep spots with momentum. It’s the safest kind of driving!

Amazingly, we make it through 30-40 of the snow covered sections – about 200 miles into Nebraska.

Gas is getting low, it’s now dark, but we don’t want to exit because we figure we won’t be able to get back on. The exits are snow-clogged.

So we keep going. And eventually, it’s a long snow drift and a white out. Literally everything in view of the headlights is white. There is no other color to be seen anywhere!

I decide to exhibit a rare moment of prudence and to slow down, just in case we might be driving off of a bridge abutment or something.

And whoop…. there goes our speed. We’re now in a snow bank. Stuck. In Nebraska. At night. With an almost empty gas tank.

So there we stayed, for the second-coldest night of my life (yes, I’ve experienced colder, once…) I had managed to think ahead and to bring a few sleeping bags, so we spread them over us, and when it got below freezing in the car,  I’d turn it on for a few minutes, then promptly turn it back off to save gas.

The next morning, we woke up to a snow-covered landscape. I-80 was nowhere to be seen, covered in a thick blanket of puffy snow. There were a few semi-trucks off the road about 1/2 mile away.

Not having cell phones as a crutch in the late 1980’s, we actually decided to talk to the other human beings in those trucks. They had CB’s, and told us that the snow clearing folks were on their way, but that we’d probably have to stay for a couple days before they pulled us out. Their only priority was getting the road clear – not pulling people out of snow banks.

So there we sat, for hours, waiting.

“Here comes a snow plow, straight towards us!” The guy gets a few feet away, stops the plow, gets out and asks us what we’re doing in the middle of the road – right where he’s trying to plow. Yes, we just spent the night right smack dab in the middle of I-80. How fortunate for us!

We make some excuses, and then he goes and gets some chains, hooks us up, and pulls us out.

He backs out of the way, tells us to head to the nearest exit and to “get off the road.”  We follow his instructions and the path he cleared back to the nearest town – Kearney, NB. There we find a motel who lets us hang out in the lobby, because the rooms are full. And there we waited, until late evening when the roads are finally opened.

That isn’t the only time I’ve been stuck in Nebraska in a snow storm. It’s happened two other times! In each case, I’ve been delayed by a day or more on “important things”.

If anyone has a reason to hate snow, it’s me.

But in every single case where I have been “inconvenienced” by snow, it was my own hurried schedule that was the problem. Snow is snow. It is part of our natural world. It’s going to happen in the wintertime, especially if you’re named Morgan Giddings and you’re crossing Nebraska!

I still love snow. I am thankful for snow!

In the Western USA, snow is where we get most of our water supplies. It’s what we ski on. It’s great for snowshoeing. It supplies the rivers with water for rafting and kayaking in the summer.

In response to the evil storm Boreas, a friend posted on Facebook:

And so it seems that the question to ask is who is NOT going to Wolf Creek tomorrow? Get out the snorkels folks! Can’t wait to ski.

Most people I’ve ever seen at Wolfie. But the conditions were amazing. 100″ of snow already!

The kids love it!

Who cares if some work gets put off for a day or two? The work will always be there tomorrow.

The unfortunate rollovers don’t have to happen.  Just don’t drive when it’s snowing or icing (and if you do, take full responsibility)! It’s really that simple!

The problem is our expectations – not the snow

We seem to have gotten in a mode where we expect our lives to run like clockwork. Like some Big Robot in the Sky.

But we aren’t inside of a clock. Our bodies… and the natural world around us have rhythms, but they’re not mechanical devices that can be controlled.

The only reason snow is sometimes “bad” is because we expect to not have our clockwork schedules thrown off.

What ever happened to flexibility, going with the flow, and being part of nature rather than against it?

Be Thankful For Snow… And For Everything!

One of the major transformations I’ve made in my life is learning to be more thankful for what I have.

It’s amazing how a good “rampage of appreciation” can make you feel.  And we have a LOT to appreciate. Food on the table. A roof. Transportation. Freedom. Conveniences. The Internet. iDevices. The list goes on.

On this day of Thanksgiving, let’s all appreciate what we have. Even things like snow that might, once in a while, present an inconvenience.

×
We use cookies to ensure that we give you the best experience on our website. If you continue to use this site we will assume that you are happy with it.OkNo