An interesting discussion emerged on my Facebook feed after my most recent post titled “F*ck it, I’m done.” That post was all about my own journey from being an atheist/materialist to a quite different – far more spiritual, happy, and abundant – place.

One commenter chimed in with a classic materialist line: “we have no freewill.” What does that mean, and why does it matter?

The materialist line says that you are here because we are all part of one giant machine, which, like a clock got wound up at some indescribably distant “beginning” then its maker walked away. It says that everything that happened since that original point is just a step by step process that deterministically unfolds from that origin.

Good thing we aren’t computers – even though many people think we are.

The most common fallacy in the materialist (and determinist) thinking is that our brains operate biochemically just like a computer (in technical terms, this is called a universal Turing Machine). In this view, your spirit or soul is nothing but a byproduct of the myriad chemical reactions taking place therein. If you started it all over again with the same circumstances, you’d make exactly the same choices – or so they claim.

The problem with that model is that it denies the many deeper levels of reality that our brains can tap into resources that exist outside of space and time as we know it. Our soul or core is something that is far deeper than just the physical hardware of our brains, and has its own trajectory.

There are plenty of scientific studies that show that our brains are tapping into something “else”. To name only a few of them: studies of near-death experiences (e.g. Chris Carter’s book “Science of the Near Death Experience”); the Princeton PEAR experiments; the remote viewing efforts carried out by the US CIA and other similar organizations; the work of Penrose & Hameroff on consciousness; and so on.

So here’s the point: even if the machine that we call our “brain” was started with identical conditions, the soul stuff that our brain is hooked into wouldn’t be the same, and so we’d get different results.

In fact, free will is at the very core of our experience here as humans. The reason we are here is to experience the effect of our choices in the 3D (4D if you include time). If it was all “pre-ordained” then there wouldn’t be much point to this exercise.

Ironically, many people in our world today who’ve adopted the materialist view use that to choose a sort of fatalistic stance that is anti-freedom. They think that, really, there’s no point to this life except for playing out the hand that was dealt to you, itself stemming as a consequence from that original state way back when at the beginning.

This is a disempowering view. It’s no wonder that so many of the scientists I work with find themselves feeling disempowered, unhappy, overwhelmed, and stressed. Most of them who come to me in that condition have this materialist program running behind the scenes, and it is causing them to live without ever embracing the freedom that is their birthright.

This could all seem like some meaningless philosophical debate except for one thing: it profoundly impacts happiness and functionality as we live here in the 3D.

Like I said, I encounter myriad people who, having adopted the materialist stance, are typically caught up in various stages of existential angst. On the surface they often seem “OK,” but when they open up to me, behind the scenes things are a mess. And that’s fine – I experienced that same angst for many years of my life. It was from experiencing that that my “awakening” was far more enjoyable because of the contrast.

If you don’t believe that something “deeper” such as your soul exists and can be tapped into for wisdom and guidance, then you won’t tap into it. You’ll operate at the shallow level of rational thought alone, as if you’re just a cog in the machine.

Doing that, you will not be open to the amazing synchronicities that can happen when you are tapped in. In my life, and that of many I have worked with, these synchronicities are nothing short of “magical.” (Everything from angel investors showing up to donors to strings of large grants getting funded to over six figures extra just showing up in an account… crazy good stuff).

You have the freewill to choose your viewpoint. Far more than just some trivial philosophical debate, in deciding your stance on this, you are choosing whether to embrace your full freedom and empowerment as a human, or to minimize that in bondage to an antiquated materialist viewpoint.

It’s your life, which will you choose?

(I’d like to acknowledge Esther Hicks/Abraham for the line “you’re so free you can choose bondage). 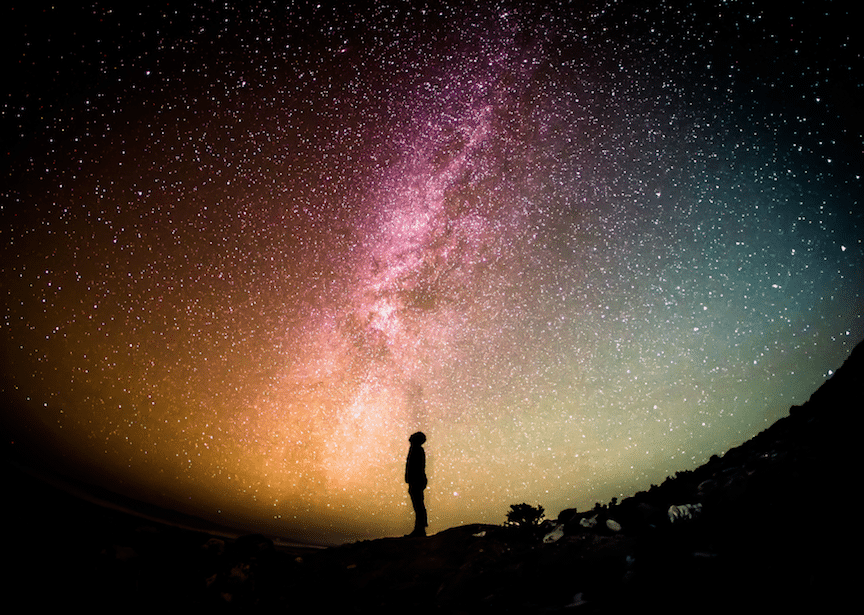