Sometimes you have to just say Fuck it. This is especially powerful when it comes to something that has been happening in your life that is not helpful or useful, and yet which seems to keep repeating itself.

While I don’t swear a lot, there is a time and place for the emotional energy behind a swear word. That strong emotional energy can be used to break a trance or a hypnotic pattern. Almost always, when there’s one of those things in your life that keeps happening, there’s an internal pattern of thought/belief that needs breaking.

And so I’m saying FUCK IT! I am done with the pattern. It stops here, with this expression of F-ingness. If you ever feel stuck in a pattern, you can try the FUCK IT approach…

And some of my dear readers may be interested to know what it is. Here goes:

I am done with being afraid. I’ve been afraid to be open and honest, here on this blog and even on Facebook, about what I truly believe.

In 2008 I was a borderline Atheist who was steeped in the rational/material view of life. I was near the height of my science career, with big grants and big projects. I was being rewarded well for towing the party line: that all we see and experience, and all of biology, stem from little bouncy-ball (atoms acting as balls) interactions. That all of thought and consciousness are nothing but a weird byproduct of these bouncy-ball interactions.

Like I said, at one level I had bought into this because it was functional. It made it far easier to get grants funded, and to build a big lab that stroked my ego based upon that view. That’s why I went so far in that direction. It was all for ego’s sake (i.e. wanting job security, wanting respect, wanting material well being, etc).

At another level, it was always unsettling to think that consciousness is just some byproduct of what is a random universe made up of a bunch of bouncy-balls. I had read Roger Penrose’s books such as The Empror’s New Mind more than a decade before, and that had provided some powerful arguments against this view. But I had put that aside to pursue my “practical” ego-led science career.

I was miserable. I’ve found that there’s only so long that I can maintain this kind of conflict between what I truly believe and egoistic goals before pressure builds and eventually releases.

Rather than an explosion, it has been a slow letting off of steam that has taken almost seven years. I have made some significant mental shifts during that time to align my life far more with what I believe is really going on – and operating far less from a sense of ego-led fears and desires. That has led me to far greater alignment, happiness, joy, and also impact for my clients.

So what’s the problem then? Why am I saying Fuck it?

Fear. I have been afraid to speak out openly, on this blog and elsewhere, about the nature and depth of this profound shift. I have mostly maintained a façade of being that “rational, materialist scientist” most of the time, with only the occasional glimpse that there’s something deeper going on.

That’s almost 180° opposite of what’s actually taken place behind the scenes. Behind the scenes, my whole belief system has changed – which has led to massive, positive shifts in my life. When I have helped my clients make similar shifts, it has also created huge positive benefits for them.

But I have been hiding. I have only told people about this who I work with closely, for fear of being judged or criticized by the cynics.

Now, I say FUCK the fear. Fuck the cynics too. They can remain in their cynical unhappiness and non-fulfillment – much like I was back in 2007-2008.

I underwent a conversion!

Upon reading that, you might think “religious conversion” and I need to disabuse you of that right away. I am not nor do I ever plan to be religious.

Religions are often founded on sound principles, but they all seem to inevitably succumb to ego-led desires for power and control and conformity, rather than continuing to uphold the deep spiritual truths of their founders.

I am way too much of a creative rebel to conform to some white dude(s) who claims to be the exclusive channel for messages from God. No Fucking Way. (And, by the way, I also don’t believe that God/Source/Spirit gives one whit about the use of words like Fuck. There are far more important things going on. An aversion to Fuck is a social construct, not a spiritual construct!)

I found God, by another name

I found what many refer to as God, though that’s a very loaded term, so I prefer not to use it. I found that deep power within me – and within everything – and have learned more and more how to connect with that power. It is the creator, the source of all, and by connecting with it, there is an experience of unlimited joy, energy, clarity, creativity, and more.

I dislike the term God, because for many people, this concept refers to an external authority figure much like a white dude who’s telling us what to do and/or judging us. Forget that. Personally, I think that’s a crock.

What I’ll refer to as Source (or sometimes All That Is) is the source, the root cause of us, but is is not here to judge us or tell us what to do. We have free will for a reason. We are here to create our own experience that’s either in line with the rules of our universe or against those rules, and we experience the results of that alignment/misalignment in our everyday life.

Those rules are quite different than many of the typical rules pawned off on us by many religions having to do with whom we sleep with or when, or what substances we drink or smoke in our pipes, what animals we eat and when, which words we use, and so on.

No, they are rules that originate in basic principles like loving ourselves and loving others. That when we are fully expressed and aligned with our core (soul) we have a far better experience than when we’re not.

I will go into these more in other posts, but for now the point is this: I say FUCK IT to putting up a façade of being a materialist who thinks that all that we are came from random bounces of atoms that almost magically led to intelligent beings who can experience things like existential angst.

For my scientist friends, don’t worry: I still believe in the process of evolution. I just don’t buy that it’s all entirely random what happens and when as DNA adjusts to produce new adaptations. (Nor do I think there is some single “designer” who has a master plan of some kind for our evolution. I’ll share what I actually believe another time.)

Amongst my very smart friends – especially those who’ve been college educated – I’ve noticed a pattern of often getting stuck. Sometimes very, very stuck.

A college education is almost entirely based on the materialist model. In this model, the only way you can figure out the solution to a problem – or figure out what you want, or why you’re unhappy, is by reference to rational thought.

If our consciousness is merely a byproduct of bouncing atoms, then this viewpoint might make sense. However, it’s not true, and it creates a ton of misery.

It creates misery because people get caught in mental loops trying to figure out things like the future. The future can’t be figured out rationally. The smarter you are, the more likely you are to get caught up in this problem, and the more stuck and miserable you can end up.

The process of getting unstuck from these loops involve coming to an understanding that there is intelligence that lies deeper than what our rational mind can access, then aligning with and tapping into that deeper intelligence.

This intelligence is within all of us, but most have been trained from an early age to shut it down and ignore it.

It is the process of re-learning to tap into our innate, deeper intelligence – our core, inner self, or soul – that leads to profound positive changes, including getting un-stuck.

In my work with scientists who are seeking grant funding, helping them make this shift has resulted in far more grants getting funded than all my previous efforts to train people how to write a great grant proposal.

From that perspective, this shift has a great deal of practical value. It’s not just about some philosophical/religious debate about who’s right and who’s wrong. It’s fundamentally about this question:

I’ve not seen any way to have it both ways. Every single person who I admire for having both material success (e.g. better jobs, more sales, more recognition, etc) along with profound, frequent joy, practice this kind of deeper connection in some form or another. Everyone else seems to do it as an either/or proposition, and end up miserable to some degree or another.

I’m saying FUCK IT to hiding from my own personal beliefs on the subject, and I’m coming out with what I believe.

It was cathartic to be open about this.

So, dear reader, it’s your turn. Do you think this is all a bunch of “woo woo” stuff that has no practical benefit? Or are you interested in a deeper exploration?

Security versus joy and inspiration: which wins? 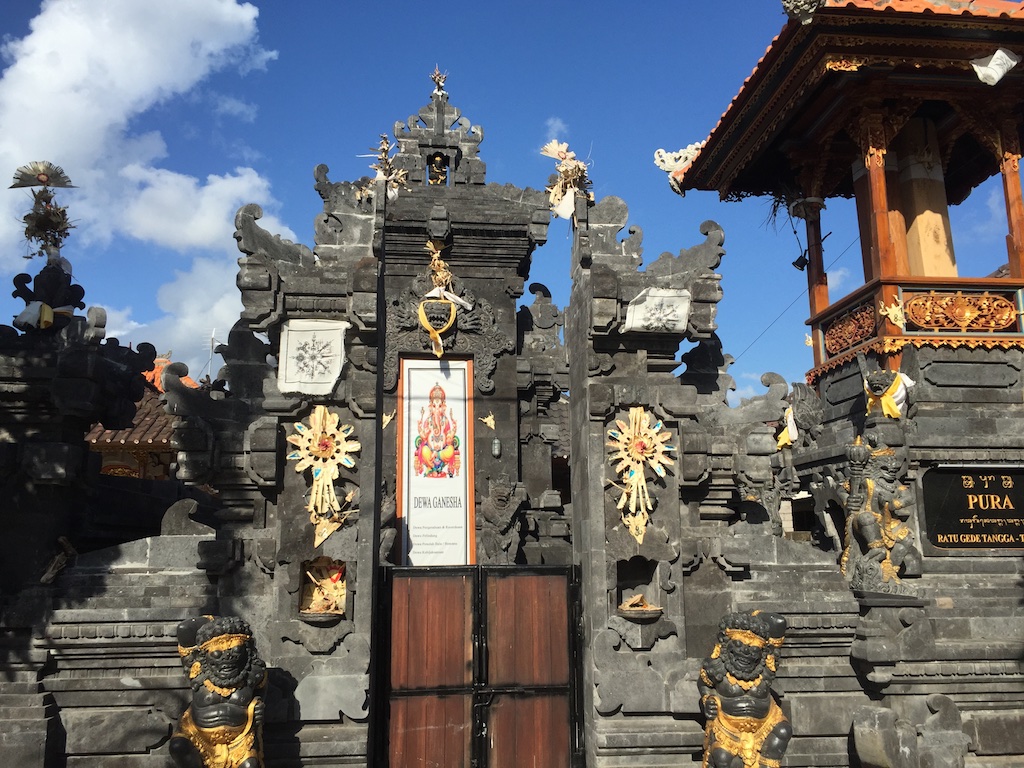 Security versus joy and inspiration: which wins?